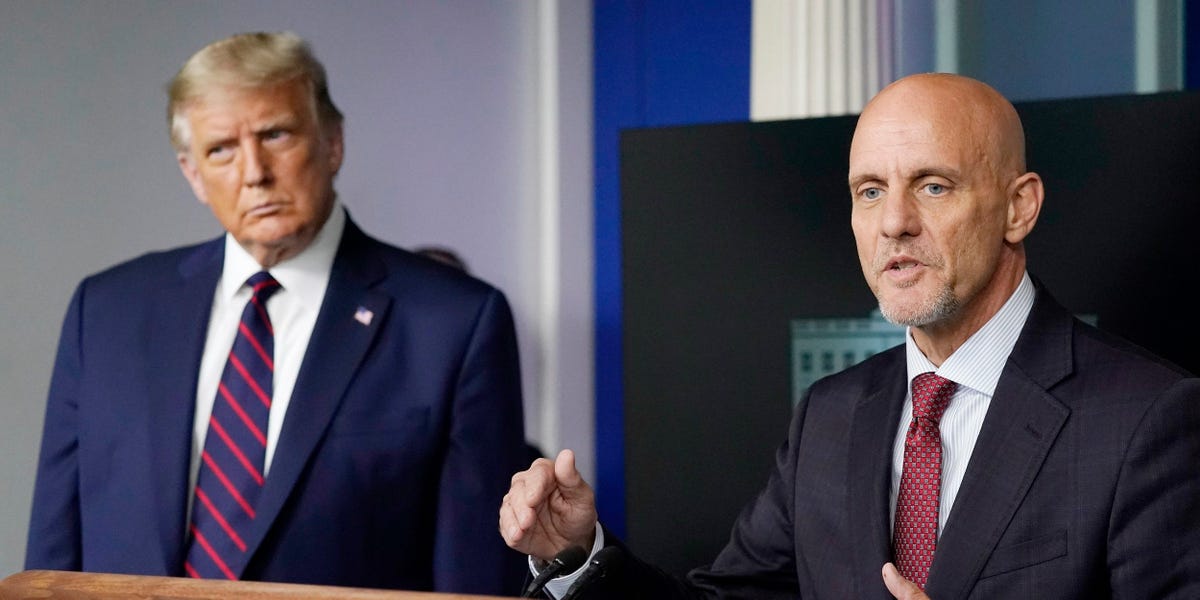 Energy and Commerce Committee Chairman Democratic Rep. Frank Pallone, Jr. and Health Subcommittee Chairwoman Democratic Rep. Anna G. Eshoo said in a statement Friday that “despite bipartisan interest and our request for Commissioner Hahn to appear before the Energy and Commerce Committee this month, the White House has blocked Dr. Hahn from testifying.”

The lawmakers noted the committee’s “concerns about the Trump Administration’s ongoing political interference into the COVID-19 response efforts of our public health agencies,” and stressed that “the American people deserve to hear” from Hahn to “ensure that the agency’s COVID-19 decisions remain science-based.”

Meanwhile, the FDA has recently ousted two Trump appointees at the agency.

In early September, John Wagner, who was appointed by the Trump administration to lead the FDA’s office of external affairs was replaced with Hedii Rebello, who spent over 14 years at the FDA.  This replacement came days after Hahn fired the Trump appointed FDA spokesperson Emily Miller days after she started the job. Miller was reportedly involved with preparing for the FDA’s announcement to issue an emergency authorization for convalescent plasma, which was met with swift backlash from medical experts, for which Hahn apologized.

A White House spokesperson confirmed to Politico that Hahn was barred from testifying so that
“health officials can keep their time and energy focused on responding to the coronavirus.”

Earlier this month, it was reported that Michael Caputo, the head spokesperson for the Department of Health and Human Services, and his scientific advisor, Dr. Paul Alexadnder, may have successfully delayed CDC reports that conflicted with the president’s political viewpoints, according to Politico. Caputo, a longtime Republican political strategist before being appointed as HHS spokesman in April, is currently taking medical leave.