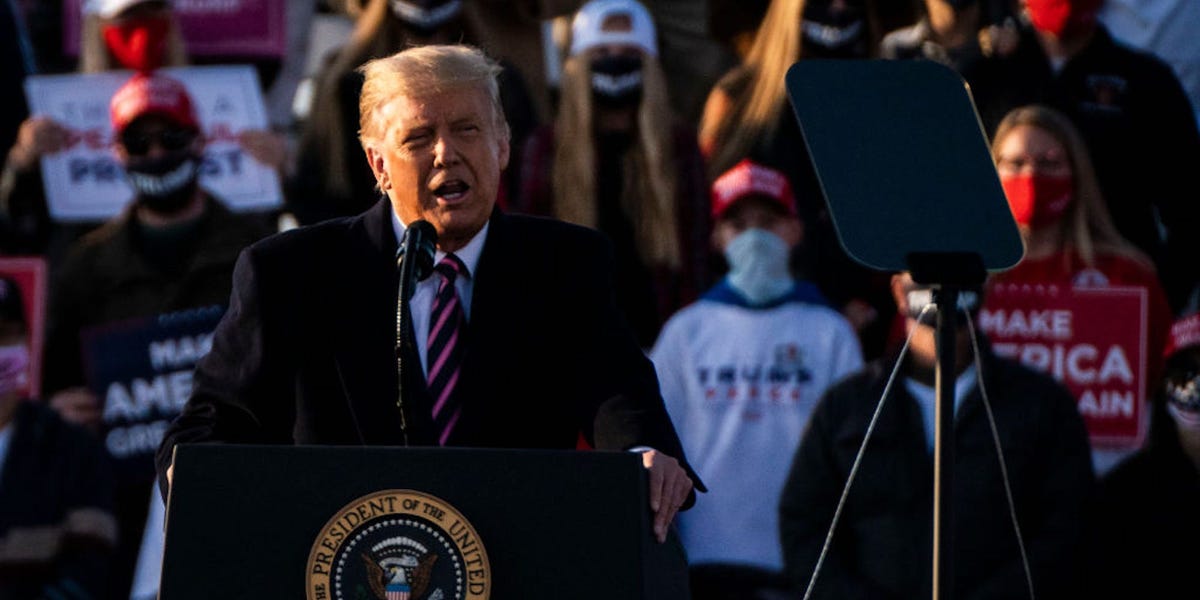 President Donald Trump at a campaign rally in Minnesota Saturday gloated over MSNBC anchor Ali Velshi being hit by a rubber bullet fired by police at a recent anti-racism protest.

The president spoke to supporters about the anti-racism protests that swept America over the summer, and the occasionally violent and indiscriminate police tactics used to suppress them that Trump has endorsed.

During the speech, Trump recalled an incident during anti-racism protests in Minneapolis in May in which police fired at MSNBC’s Velshi and his camera crew were fired on by law enforcement.

“I remember this guy Velshi,” Trump said. “He got hit in the knee with a canister of tear gas, and he went down. He was down. ‘My knee, my knee.’ Nobody cared, these guys didn’t care, they moved him aside.”

And they just walked right through. It was the most beautiful thing,” Trump said. “No, because after we take all that crap for weeks and weeks, and you finally see men get up there and go right through them, wasn’t it really a beautiful sight? It’s called law and order.”

In a statement, MSNBC responded to Trump’s taunt, accusing him of encouraging violence towards the press.

“Freedom of the press is a pillar of our democracy. When the President mocks a journalist for the injury he sustained while putting himself in harm’s way to inform the public, he endangers thousands of other journalists and undermines our freedoms.”

In a tweet, Velshi corrected the president. He noted that he was hit by a rubber bullet and not a gas canister, and that police had used unprovoked violence against a peaceful demonstration.

“So, @realDonaldTrump, you call my getting hit by authorities in Minneapolis on 5/30/20 (by a rubber bullet, btw, not a tear gas cannister) a “beautiful thing” called “law and order”. What law did I break while covering an entirely peaceful (yes, entirely peaceful) march?” he tweeted.

The Trump campaign did not immediately respond to a request for comment on criticism of the president’s remarks.

Velshi’s injury was one of a series of incidents over the summer where reporters covering the anti-racism protests were targetted by police. The Neiman Labrecording 140 attacks by police on journalists in the initial weeks of the demonstrations.

Trump has repeatedly insulted and attacked the press during his term as president. A top UN official said in July that the president’s “onslaught” on the media had damaged press freedom globally, reported Reuters.