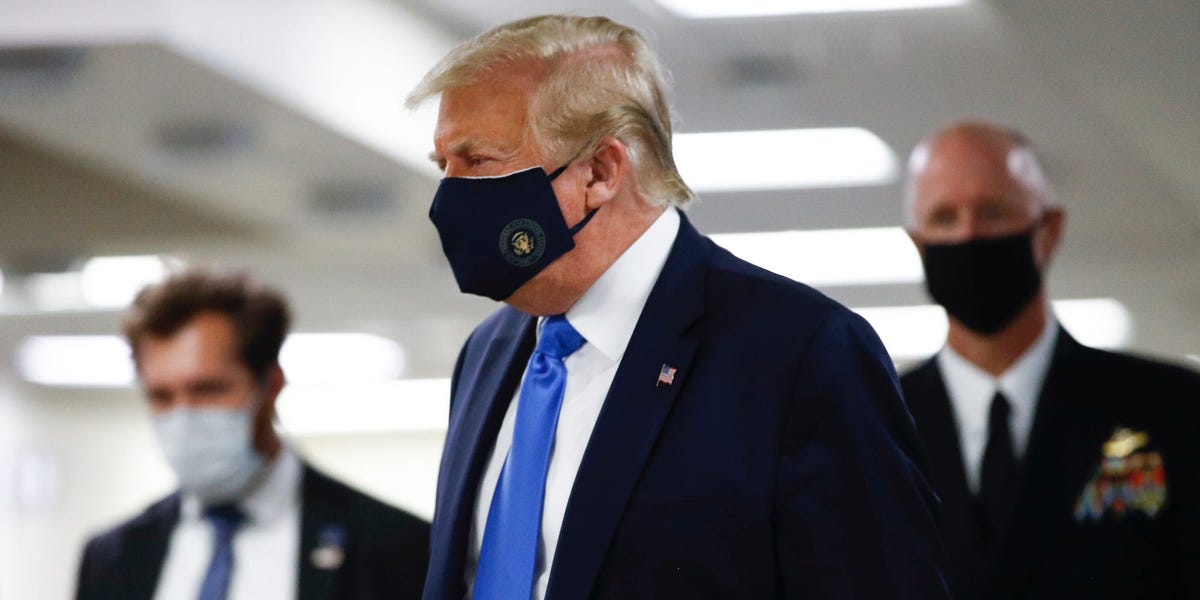 President Donald Trump on Monday said he was leaving the hospital after staying the weekend in the wake of his COVID-19 diagnosis, using the announcement as an opportunity to once again downplay a virus that’s killed nearly 210,000 Americans.

“I will be leaving the great Walter Reed Medical Center today at 6:30 P.M. Feeling really good! Don’t be afraid of Covid. Don’t let it dominate your life. We have developed, under the Trump Administration, some really great drugs & knowledge. I feel better than I did 20 years ago!” Trump said.

The president was diagnosed with COVID-19 late last week and transferred to Walter Reed National Military Medical Center as his conditioned worsened on Friday.

In addition to his hospitalization after contracting the virus, Trump has been given supplemental oxygen, an experimental antibody cocktail, and dexamethasone — a steroid typically given to patients with more serious cases of the illness.

Despite his condition, Trump has sought to paint a rosy picture for the country, similar to his efforts to diminish the overall threat of the virus to the public.

The president on Sunday went on a short car ride near Walter Reed to wave to supporters, in a move that public-health experts widely decried. Medical professionals said the car ride recklessly and needlessly endangered the lives of Secret Service agents.

In a separate tweet on Monday, Trump complained about the criticism he received for briefly leaving the hospital on Sunday.

“It is reported that the Media is upset because I got into a secure vehicle to say thank you to the many fans and supporters who were standing outside of the hospital for many hours, and even days, to pay their respect to their President. If I didn’t do it, Media would say RUDE!!!” Trump said.