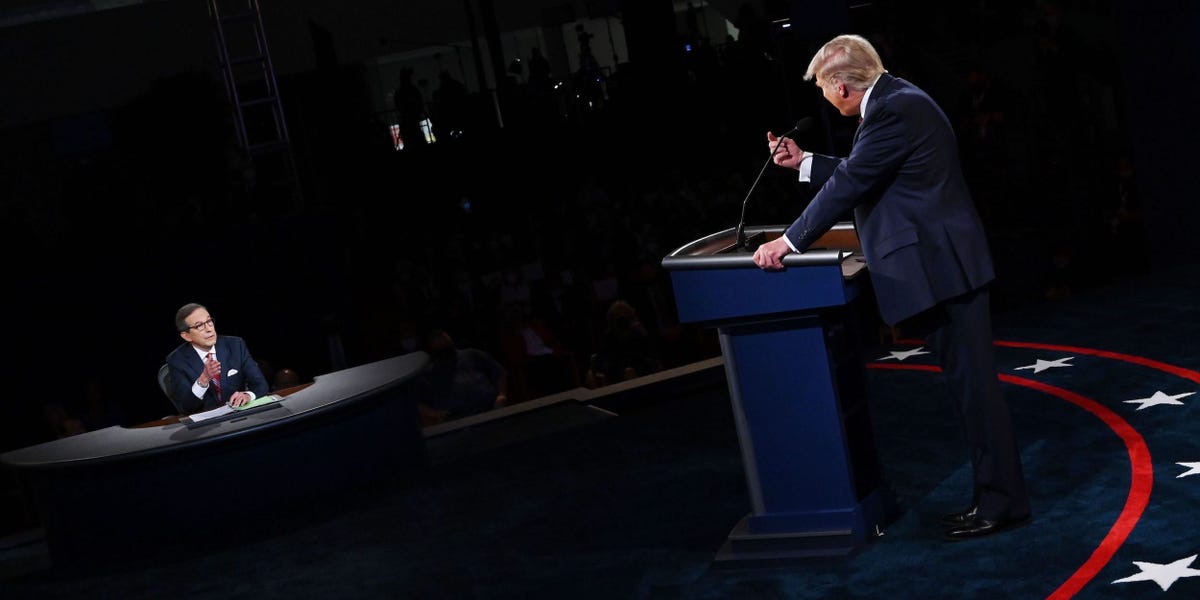 There is a copious amount of polling on how international perceptions of the United States have largely nosedived since President Donald Trump took office — and even more so during the coronavirus pandemic — but Tuesday night’s debate marked a new nadir.

The Toronto Star deemed it a “rude rumble of a debate.”

France’s Le Monde described it as “worrying for American democracy.”

The Guardian in the UK portrayed the debate as “a national humiliation.”

Der Spiegel in Germany used the term “a TV duel like a car accident.”

“The US embarrassed itself before the world for 100 minutes,” The Times of India wrote.

From our education system to the bulk of TV news coverage, the American public is often insulated from international news and, by extension, international opinion of our country. A 2019 Gallup survey of more than 2,000 people found that “adult Americans exhibit gaps in their knowledge about geography and world affairs,” with only only 6% getting at least 80% of the questions right, according to the Council on Foreign Relations.

Even Trump frequently said in 2016 that the world was “laughing at us,” and staked his campaign on restoring American strength globally. But he simultaneously withdrew from international agreements and organizations such as NATO and the Paris Climate Accord.

President Barack Obama often took heat for what conservatives described as his “apology tour” when making international visits, particularly in his efforts to offer reconciliation for destruction left in the wake of US military engagements.

The whiplash of these approaches is demonstrated in Pew Research Center data on global perceptions of the US, with the Obama administration marking a slight rebound from the aftermath of the invasion of Iraq before Trump’s election and his coronavirus response tanked the numbers.

The ramifications of this decline in America’s image abroad cannot be fully understood at this point in 2020, but The Guardian ventured to take a look into the future — and it’s grim.

“The rest of the world — and future historians — will presumably look at it and weep,” The Guardian’s David Smith wrote about Tuesday’s debate.

Smith noted that Biden is still favored to win, but should he lose, “this dark, horrifying, unwatchable fever dream will surely be the first line of America’s obituary.”