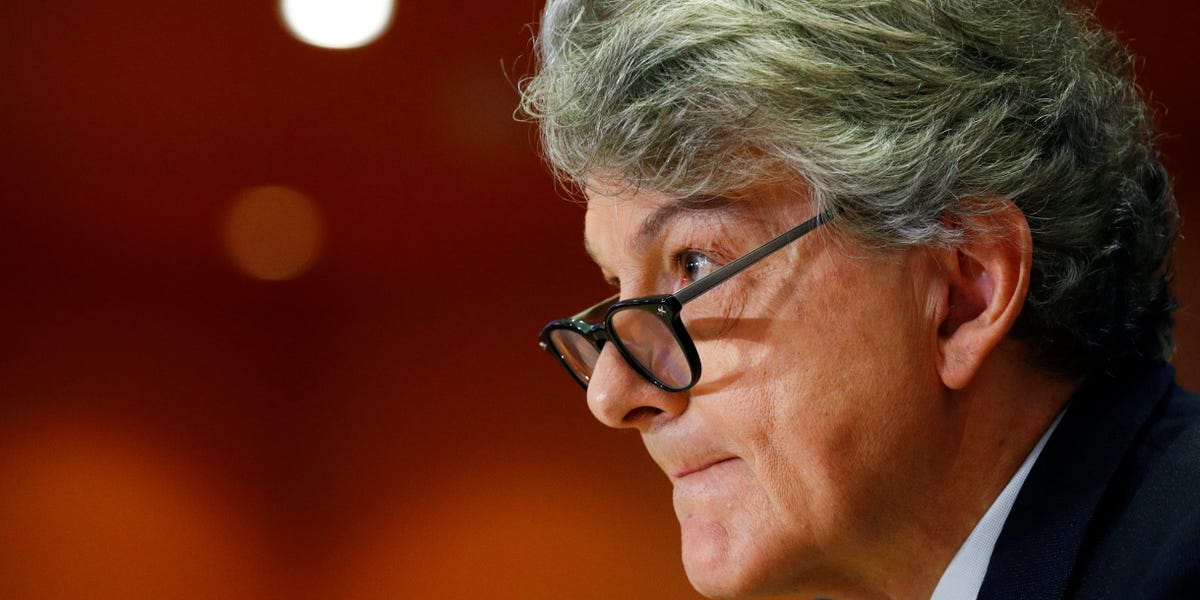 The EU is looking to give itself sweeping new powers to crack down on US tech giants, EU commissioner Thierry Breton revealed to The Financial Times in an interview Sunday.

Breton told the FT the new powers the EU is seeking include punitive measures such as forcing tech companies to break off and sell their European operations should their market dominance grow too large.

Another massive penalty being considered is that the EU could boot tech firms out of the European single market altogether. Breton said these measures would only be used in extreme circumstances, but did not elaborate on what would qualify as extreme.

“There is a feeling from end-users of these platforms that they are too big to care,” Breton told the FT, comparing tech giants’ market power to the big banks before the financial crisis. “We need better supervision for these big platforms, as we had again in the banking system,” he said.

Alongside these powers is a proposed rating system which would give companies scores on categories including tax compliance and how quickly they take down illegal content.

The proposals have not yet been finalized, and once they’re submitted, they will have to be approved by the European Parliament and the European Council. Breton said the first draft of the new laws would be ready by the end of this year.

Europe isn’t the only place where Silicon Valley is facing increased regulation.

President Donald Trump is trying to push through an executive order he signed in May, which would weaken legal protections currently afforded to internet companies under a US law called Section 230. Part of the 1996 Communications Decency Act, Section 230 protects companies from being liable for illegal content posted by users, and gives them broad powers to moderate their platforms.