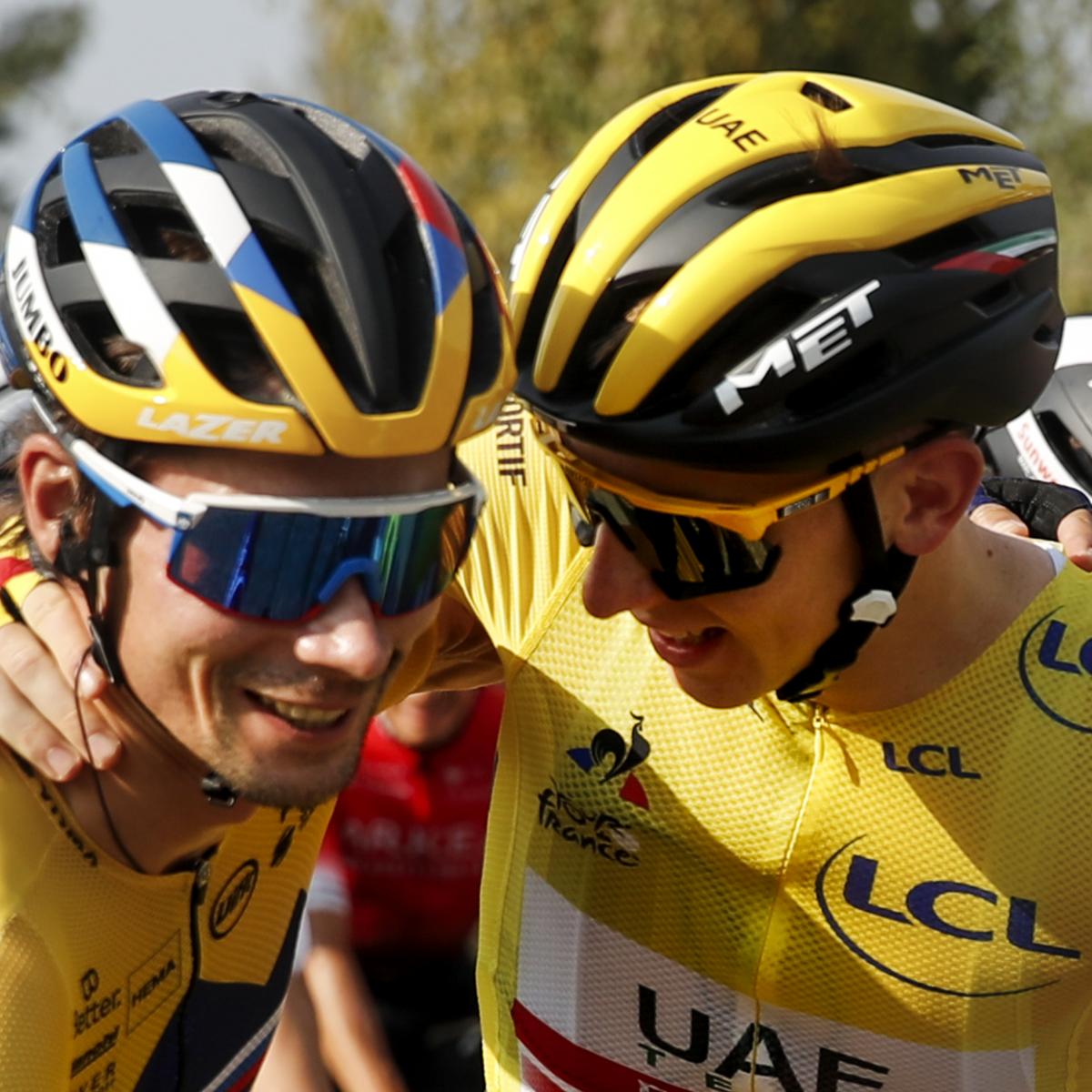 Tadej Pogacar did the work Saturday. All that was left was a victory cigar and a ride to history.

Ladies and Gents, your tour podium:

Pogacar’s victory is shocking because of his inexperience, but more so thanks to the way he pulled it off.

Primoz Roglic came into the Stage 20 time trial having been atop the standings for more than half the race and carrying a sizable lead over Pogacar. A time-trial maven, it seemed like a foregone conclusion that Roglic would keep or even extend his lead and have Sunday’s glory all to himself.

Then something strange happened: Pogacar dominated the trial while Roglic scuffled in the climbing portion, handing the race over to the UAE Team Emirates racer.

“It hurt my eyes how Primoz got more and more into difficulty,” Roglic’s teammate Wout van Aert said, per CyclingNews. “It didn’t look as smooth as usual, he missed that cadence.

“And before the start, it all looked so good. But it is a combination of Pogacar that rode really fantastic while Primoz did not reach his normal level that ensures this result. We went all out every day. We gave everything and did everything perfectly. We were ready to celebrate, so to speak.”

Pogacar’s victory could very well usher in a new era of dominance. The Slovenian was already viewed as one of racing’s most promising young names, with victories in the Tour of California and Volta a la Comunitat Valenciana already under his belt.