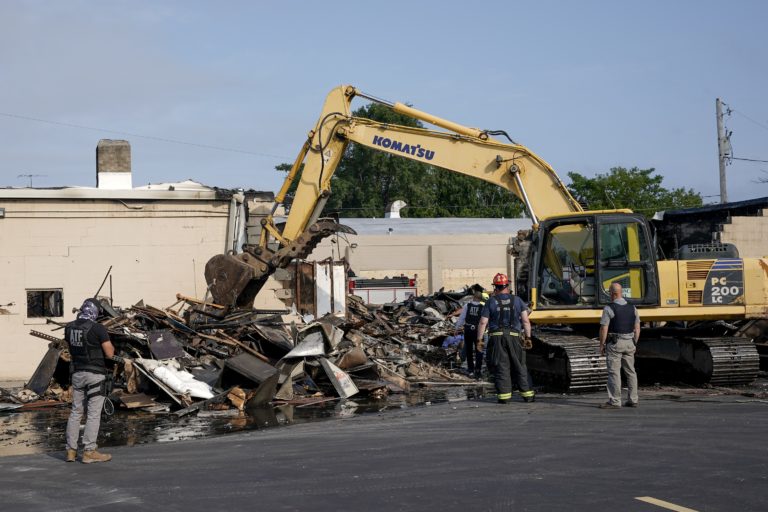 Some commercial property owners whose businesses were torched by rioters are learning that they don’t have enough insurance to clear away the debris.

Many property owners in the Minneapolis-St. Paul area purchased policies that limit payouts for demolition costs to $25,000 to $50,000, but contractors have submitted bids of $200,000 to $300,000, according to a recent report in The StarTribune. In many cases, the cost of demolition is greater than the value of the property, the newspaper said.

Margo Brownell, chair of the Insurance Coverage Group for the Maslon law firm in Minneapolis, said property owners often don’t realize that there are sublimits within their commercial insurance policies. Debris removal sublimits, which address demolition costs, can be $25,000 or $250,000, depending on the policy, she said.

“When the limits are low and there’s not enough, people don’t realize that until there’s a problem,” Brownell said. “Nobody really focused on what the debris removal limits are.”

The StarTribune cited exactly that problem in the case of the Sports Dome retail complex in St. Paul, which was destroyed by rioters. The city hired a construction crew to demolish the building because it was dangerously unstable and then presented the property owners with a $140,000 bill to haul away the debris, according to the newspaper.

Owner Jay Kim told the StarTribune that his policy covers a maximum of $25,000 for demolition costs. He said he did not know how much demolition would cost when he bought the policy.

Brownell said she represents some policyholders who are running up against debris-removal sublimits. She said she is hoping to work around the problem by citing the law and ordinance provisions in policies, which require insurers to include the cost of complying with current building codes when calculating replacement costs.

She said she hasn’t filed any lawsuits yet so it’s too soon to say if the strategy will be fruitful. The level of success will depend on the policy.

“All polices are guided by their specific terms,” Brownell said. “You don’t know what’s in a policy until you read it.”

Rioting that erupted after the police killing of George Floyd in Minneapolis will likely lead to the greatest losses due to civil unrest in history. The Insurance Information Institute, citing data from Property Claims Services, said insured losses will likely exceed the damage caused by rioting after a jury acquitted police officers who in 1991 were videotaped beating Rodney King in Los Angeles. Losses from that catastrophe equal $1.4 billion at today’s values, adjusted for inflation.

The Minnesota Department of Commerce reported that insurers expect gross losses of $254.6 million from civil disturbances in Minnesota alone and had paid $59.7 million in claims as of July 24.

Those reports reflect losses only up to June 30. The Aug. 23 police shooting of Jacob Blake in Kenosha, Wis., set off a new round of disturbances.

Alexander Jadin, a partner with the Smith Jadin Johnson law firm in Bloomington, Minn., said in general large property owners have adequate insurance to cover all of the losses resulting from civil unrest. Small business owners, on the other hand, may try to cut corners and buy policies with lower limits — or forego property insurance altogether.

But the cost of rioting is already working its way into the commercial property market. Jadin said insurers are aware that the police officers who are accused of murdering George Floyd will stand trial. A not guilty verdict may set off another round of violence.

“We are renegotiating annual renewals and we are seeing carriers no longer wanting to write in this market,” he said.

Jadin said he is renegotiating two insurance packages for large commercial clients with valuable properties protected by several insurance policies. One insurer in that tower quoted a 50% premium increase; the other 100%. “The price of insurance is going to go up,” he said.

The most important insurance news,in your inbox every business day.

Get the insurance industry’s trusted newsletter