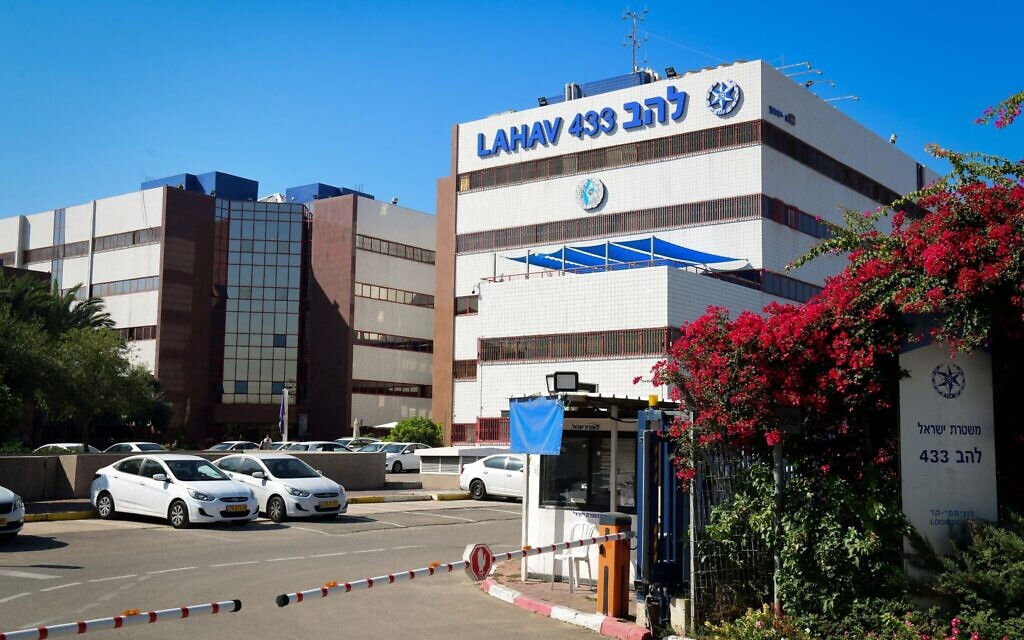 The suspects were arrested across the country as police and tax authorities raided dozens of homes, businesses, financial service providers and contracting companies on Monday, following a months-long investigation into the alleged scheme.

The ring is accused of faking invoices and using an array of construction, human resources, car rental and money exchange companies as fronts for a money laundering scheme worth NIS 500 million ($145 million), the Tax Authority said.

Assets worth tens of million of shekels were seized in the raids, the authority said.

The investigation is part of an operation dubbed “Safe Route,” a multi-year police-led operation aimed at tackling crime in Arab communities.

Arab Israelis block a road as they protest against violence, organized crime and recent killings in their communities, in Tel Aviv, October 28, 2021 (Avshalom Sassoni/Flash90)

According to an operational update provided by the Public Security Ministry in April, the operation has so far led to the detainment of 196 suspects and the seizure of NIS 200 million ($60 million) worth of assets.

Law enforcement officials have vowed to clamp down on rampant crime in Arab communities, which have experienced an explosion of violent crime in recent years. The Abraham Initiatives, which monitors and campaigns against violence in the Arab community, said there were 125 Arabs killed in Israel in 2021 as a result of violence and crime.

Arab Israelis blame police, who they say have failed to crack down on powerful criminal organizations and largely ignore the violence, which includes family feuds, mafia turf wars and violence against women.

We’re really pleased that you’ve read X Times of Israel articles in the past month.

That’s why we started the Times of Israel ten years ago – to provide discerning readers like you with must-read coverage of Israel and the Jewish world.

So now we have a request. Unlike other news outlets, we haven’t put up a paywall. But as the journalism we do is costly, we invite readers for whom The Times of Israel has become important to help support our work by joining The Times of Israel Community.

For as little as $6 a month you can help support our quality journalism while enjoying The Times of Israel AD-FREE, as well as accessing exclusive content available only to Times of Israel Community members.

Thank you,
David Horovitz, Founding Editor of The Times of Israel

Already a member? Sign in to stop seeing this