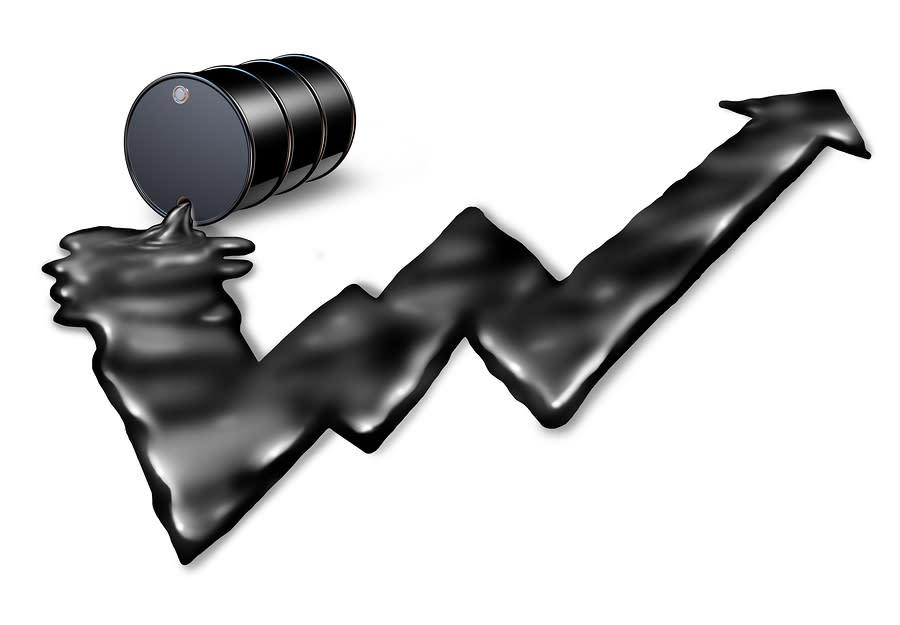 Oil prices rose back to above $40 a barrel, after U.S. government data showed a crude stockpile draw more than twice above expectations. On the New York Mercantile Exchange, WTI crude futures gained 81 cents or 2%, to settle at $40.97 a barrel yesterday.

Below we review the EIA’s Weekly Petroleum Status Report for the week ending Sep 11.

Crude Oil: The federal government’s EIA report revealed that crude inventories fell by 4.4 million barrels compared to expectations of a 1.8 million-barrel decline. The combination of a sizeable decline in imports and a ramp up in refinery activity accounted for the larger-than-expected stockpile draw with the world’s biggest oil consumer even as domestic production edged up. This puts total domestic stocks at 496 million barrels — 18.9% higher than the year-ago figure and 14% higher than the five-year average.

On a further bullish note, the latest report showed that supplies at the Cushing terminal in Oklahoma (the key delivery hub for U.S. crude futures traded on the New York Mercantile Exchange) edged down74,000 barrels to 54.3 million.

Gasoline: Gasoline supplies decreased for the sixth week in a row. The 381,000-barrel draw is attributable to a slight rebound in demand. Analysts had forecast a decline of 7 million barrels.At 231.5 million barrels, the current stock of the most widely used petroleum product is around1% higher than the year-earlier level and 3% above the five-year average range.

Distillate: Distillate fuel supplies (including diesel and heating oil) increased for the 18th time in 24 weeks. The 3.5-million-barrel build reflected a steep pullback in demand. Meanwhile, the market looked for a supply gain of 500,000 barrels. Current inventories — at 179.3 million barrels — are 31.2% higher than the year-ago level and 22% higher than the five-year average.

Refinery Rates: Refinery utilization was up 4% from the prior week to 75.8% due to the gradual restart of units in the U.S. Gulf that were shut by Hurricane Laura.

While oil prices have come a long way since the depths of minus $38 a barrel in April, lingering signs of demand weakness are still evident. As long as the coronavirus outbreak continues unabated (as is now the case in India and across Europe which is fighting the second wave), there will be pressure on the demand side of the equation. In particular, there are apprehensions about the recovery in refining throughput.

Agreed, gasoline consumption has improved from their pandemic lows but they remain weak. Even refinery utilization in the United States remains far below the usual capacity usage at this time of the year.

As it is, during the August-October period, the U.S. refining network in the Gulf Coast experiences regular drops in utilization due to the impact of hurricane shutdowns. Moreover, with the onset of the refinery maintenance season, traders expect the glut to worsen.

As proof of the bearish environment, downstream operators including PBF Energy PBF, Valero Energy VLO and Phillips 66 PSX have drastically reduced processing capacity to cope with demand erosion caused by the efforts to stem the spread of coronavirus. Demand has still not picked up to a level where the operators can think of restarting/increasing their refinery work. Meanwhile, Marathon Petroleum MPC has announced its plan to indefinitely stop production at its Gallup and Martinez refineries in response to collapsing product demand. More recently, Zacks Rank #3 (Hold) Royal Dutch Shell RDS.A has said that it will cease operations at its 110,000 barrel-a-day refinery in the Philippines. The sectoral woes have prompted the likes of Phillips 66, Marathon Petroleum and HollyFrontier HFC to move toward renewable diesel.

Overall, fears are mounting that oil demand recovery from the coronavirus pandemic will be sluggish in the second half of 2020. A period of sustained low usage of the fuel would create a new headwind for the commodity.