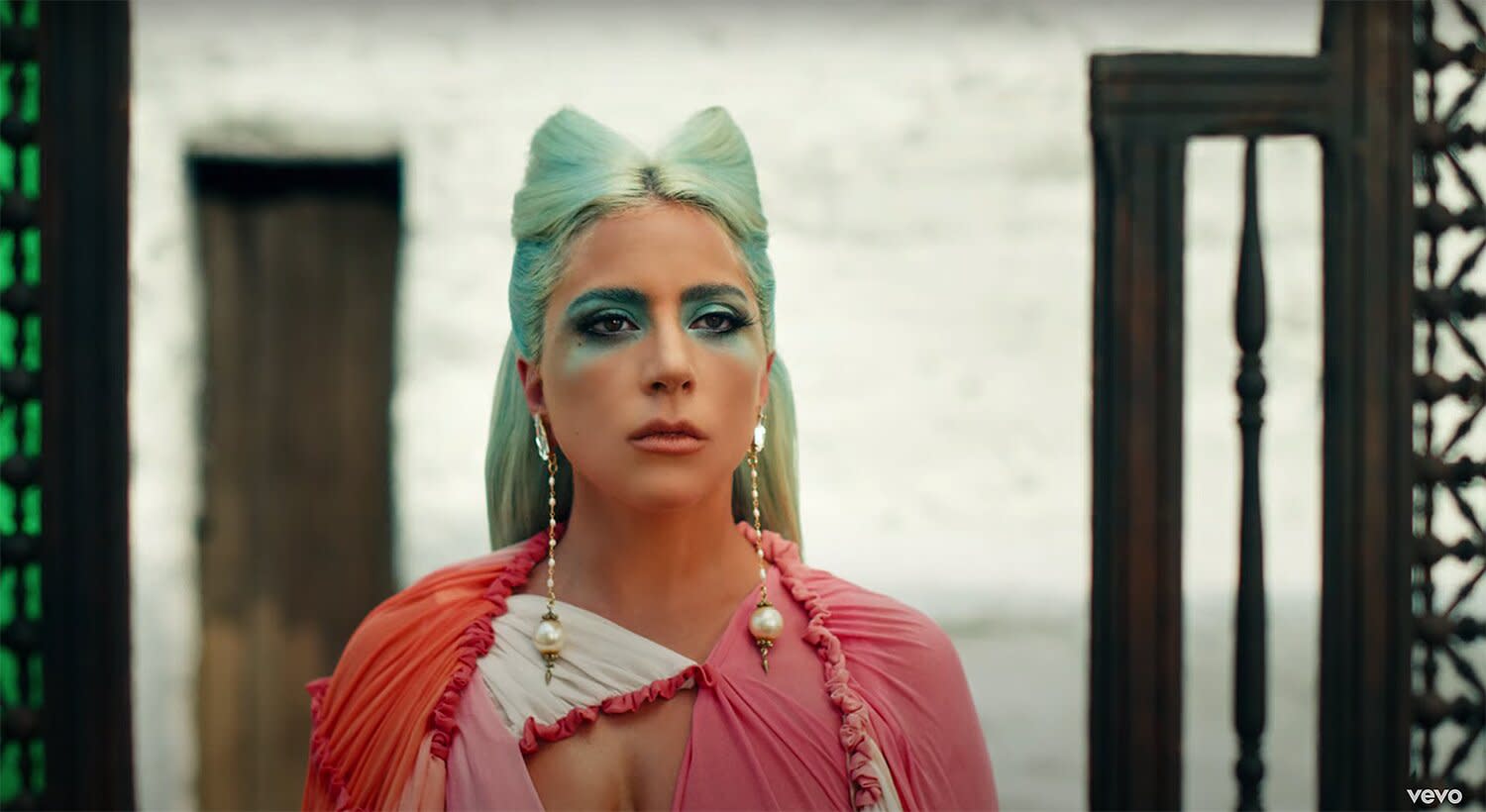 Lady Gaga released the short film for her song “911” on Friday — a video the singer says is “very personal” to her journey with mental health and seemingly inspired by the classic Armenian film The Color of Pomegranates.

“This short film is very personal to me, my experience with mental health and the way reality and dreams can interconnect to form heroes within us and all around us,” the 34-year-old wrote on Instagram.

“It’s been years since I felt so alive in my creativity to make together what we did with ‘911,’” Gaga later added.

In the post, the “Rain on Me” singer also thanked her fans, video director Tarsem Singh, Bloodpop for producing “a record that hides in nothing but the truth,” the Haus of Gaga for “being strong for me when I wasn’t” and her crew for safely shooting the music video amid the pandemic.

“I’m awake now, I can see you, I can feel you, thank you for believing in me when I was very afraid,” she ended the post. “Something that was once my real life everyday [sic] is now a film, a true story that is now the past and not the present. It’s the poetry of pain.”

The music video — seemingly set in White Sands National Park in New Mexico (a soldier on a black horse holds the state’s flag in one scene) — follows a teal-haired Gaga in a dystopian dream with cinematic parallels to The Color of Pomegranates.

One twitter user shared screengrabs of both the music video and film pointing to clear connections between the 1996 film and Gaga’s video. From a scene of pomegranates on the desert sand to a person slamming their head onto the ground, Gaga’s video presents the film’s symbols in her own allegory of pain.

RELATED: Lady Gaga Says She ‘Used to Wake Up Every Day’ and Feel ‘Depressed’ Before Making New Album

“I love Lady Gaga’s new music video inspired by the Armenian culture and our movie ‘colour of pomegranates,'” wrote one Twitter user.

At the end of the short film, an injured and panicked Gaga wakes up from the dream on a stretcher after a car accident. Around her, a theater showcases an”Armenian Film Festival” with a poster for the Sergei Parajandy film on its wall as chaos ensues.

The accident scene — and some of the videos’ outfits — are reminiscent of painter Frida Kahlo’s style and reminiscent of the traumatic bus collision that inspired some of her most famous work.

RELATED: Ariana Grande and Lady Gaga ‘Like Sisters’ for ‘Rain on Me’ Collab: Choreographer Richy Jackson

“I don’t wanna die,” cries Gaga as “Chromatica III,” the interlude before her Elton John collab “Sine from Above,” plays in the background, hinting that perhaps a sequel featuring the Rocketman is on its way.

In the most recent issue of PEOPLE, the star opened up about the “dark place” she was in while recording Chromatica.

“I used to wake up in the morning, and I would realize I was ‘Lady Gaga.’ And then I became very depressed and sad, and I didn’t want to be myself,” Gaga told PEOPLE. “I felt threatened by the things my career brought into my life and the pace of my life.”

RELATED VIDEO: Lady Gaga and Her Mom Cynthia Germanotta Open Up About the Importance of Kindness: ‘It Healed Our Relationship’

Lady Gaga and Her Mom Cynthia Germanotta Open Up About the Importance of Kindness: ‘It Healed Our Relationship’

The mother-daughter duo open up about Lady Gaga’s past mental health struggles, how Cynthia came to a greater understanding of her daughter’s pain, and the release of their new book, “Channel Kindness.”

“I spent a lot of time in a sort of catatonic state of just not wanting to do anything,” she added. “And then I finally, slowly started to make music and tell my story through my record.”

Along with releasing the new music video, Gaga announced that she partnered with her mother Cynthia Germanotta for a book titled Channel Kindness.

“There was a shame of sharing some of this with me. And I feel horrible about that,” Gaga’s mother, Cynthia Germanotta, tells PEOPLE. “I was raised differently, where you just have to be tough and not talk about your emotions. I didn’t always understand the difference between normal biological teenage development and a real problem.”