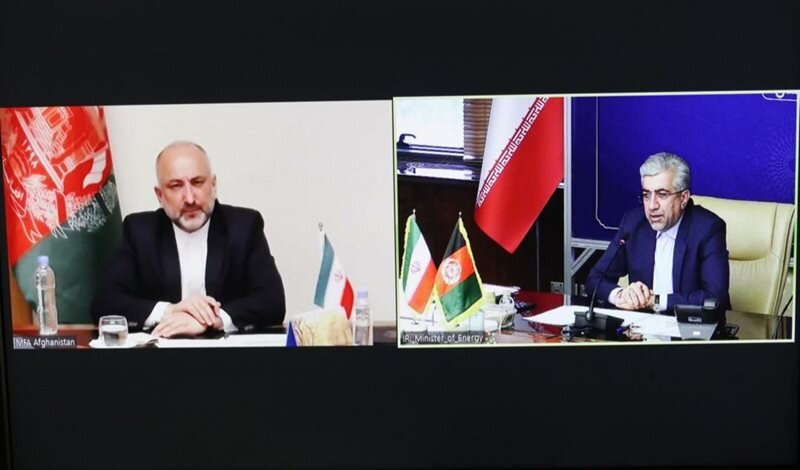 TEHRAN – Iranian Energy Minister Reza Ardakanian held talks with Afghan Acting Foreign Minister Mohammad Haneef Atmar through video conference on Saturday in which the two sides discussed the two countries’ Joint Economic Committee meeting which is due to be held on October 25.

The officials discussed the development of cooperation in various energy sectors while considering issues that could be raised in the joint committee meeting, the portal of the Iranian Energy Ministry Paven reported.

In this online meeting, the ministers also agreed to prepare their proposals on a range of important issues in bilateral relations, including the application of preferential tariffs on commodity items desired by the Afghan side and the issues pertaining to the border markets as well as customs cooperation.

The proposals will be handed to the two sides in a week to make final decisions on the mentioned issues and prepare the necessary documents to be signed on the sidelines of the sixth Joint Economic Committee meeting which will be held during October 25-27 in Kabul.

Back in September, Ardakanian, who is the chairman of the Iran-Afghanistan Joint Economic Committee, met with Afghanistan’s Ambassador to Tehran Abdolghafour Lival, and the two sides stressed the expansion of economic ties in all areas.

In the meeting, Ardakanian referred to the agreements reached between the two sides during his visit to Afghanistan last year and said: “During that visit, President Ghani issued the necessary orders to implement electricity projects, including renewables, solving banking problems, etc., but unfortunately so far no definite measure has been taken to realize those agreements.”

Ardakanian visited Kabul in late July 2019, to hold talks with senior Afghan officials in order to discuss the expansion of economic ties especially in water and energy areas.

During his one-day visit, he met with the Afghan President Ashraf Ghani, the country’s Chief Executive Abdullah Abdullah, and the Afghan minister of water and energy as well as the country’s finance minister.