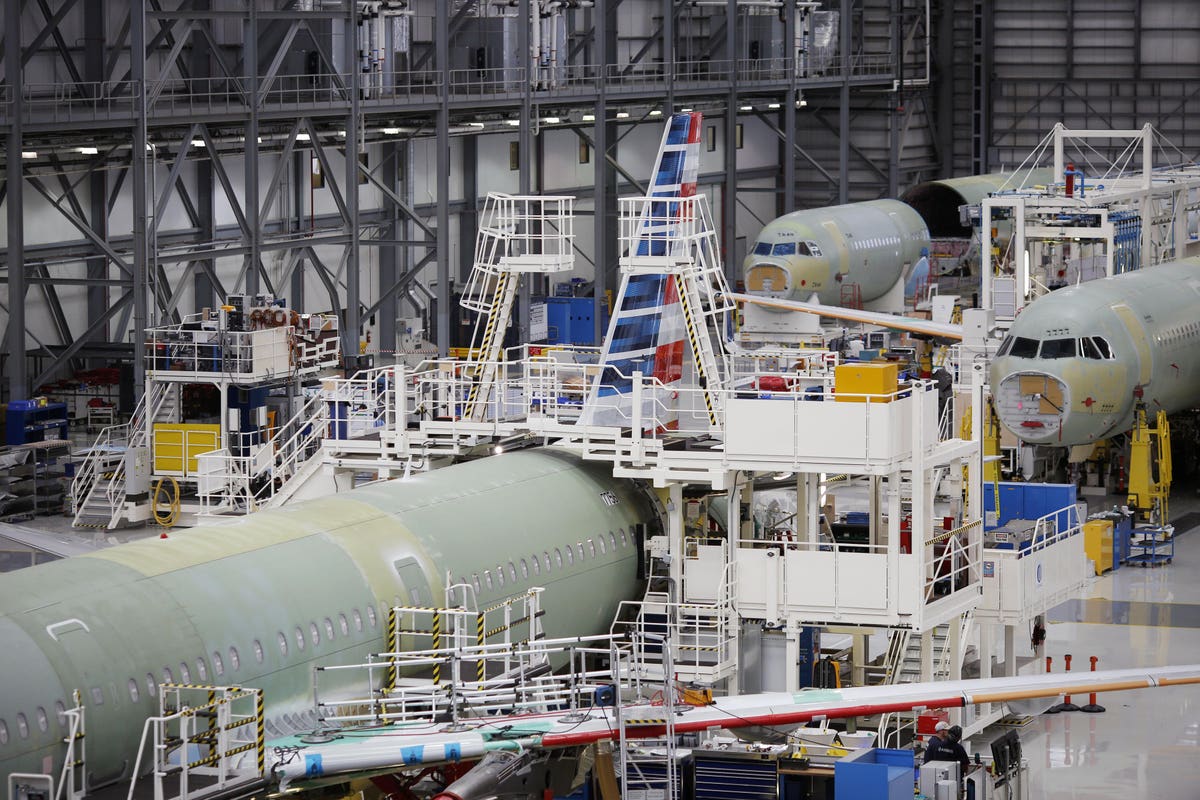 Both Airbus and Boeing
opened plants in the South in the 2010s. Both selected historic ports. Boeing picked Charleston: Airbus picked Mobile.

Today, as the Mobile plant celebrates a milestone, the Charleston plant has reached a crossroads.

Last week, Mobile celebrated a fifth anniversary: On Sept. 14, 2015, it began production of its first aircraft, an A321 destined for JetBlue.

The celebration was muted, limited largely to a press release touting the approximately $1 billion of economic impact on Alabama. The release noted that Mobile also operates an A220 assembly line.

The Charleston plant began production of the 787 in July 2011, with the first aircraft destined for Air India.  Last week, its production quality was being widely questioned, even as Boeing raised the possibility that Charleston could become the company’s sole 787 production facility.

The coronavirus crisis, which sharply reduced demand for aircraft, is clearly the principal issue confronting Airbus and Boeing.

Yet, for both manufacturers, Southern strategies formulated early this century continue to play outsized roles.

Boeing set up Charleston at least partially to evade the influence of its largest union, the International Association of Machinists. Airbus set up Mobile in order to compete with Boeing for a U.S. defense contract.  IAM has sought, so far unsuccessfully, to unionize both plants.

Labor issue linger in Charleston, where production quality has been repeatedly questioned.

Boeing gambled heavily as it planned development of the 787, starting in 2002.

One new concept was the airplane’s structure, largely composites. Another was a widely scattered, global production model that both turned over more responsibility to contractors and reduced reliance on Boeing’s highly skilled and heavily unionized Seattle area workforce.

It strikes few as coincidence that non-union Charleston, with its less-established workforce, has been beset with production problems.

This month, blog The Air Current reported on the grounding of eight 787s due to manufacturing defects at Charleston. Trade magazine Aviation Week said there could potentially be “several hundred” 787s with one of the two defects. The Wall Street Journal said quality control issues at Charleston, going back a decade, are being reviewed by regulators.

Nevertheless, Boeing has said it is studying whether to consolidate 787 production in one location, either Charleston or Everett, Wash. The effort has been widely interpreted as signaling a desire to focus on Charleston.

Last week, aerospace consultant Scott Hamilton offered a contrarian view, writing in Leeham News and Analysis that the best solution would be to retain dual assembly lines, one in each city.

“Boeing SC proved over and over and over again that it’s not up to the task of having full responsibility for the 787 program,” Hamilton wrote. “For the long-term health of the program—and the company—splitting assembly between the two sites makes the most sense, despite short-term losses.”

“Employee turnover at Charleston historically is higher than desired,” he said. “The Everett plant, with its long-time workers, have fixed traveled work from 787s emerging from the Charleston plant since inception. Some airlines refuse to take delivery of airplanes assembled in Charleston.”

“This isn’t a union story,” Hamilton added. “This is a story about better performance in assembling airplanes and serving customers. Not that Everett hasn’t had its own (quality control) issues. But they pale in comparison with Boeing SC.”

By the end of September, von Rumohr said, Boeing could have an inventory of 30 to 40 completed 787s – which could lead the company to cut monthly production to below six. At that level, keeping two lines open seems problematic.

However, Hamilton said a 787-line closure could push the Everett plant to an operating loss, with the 747-line scheduled to close in 2022 and 777 production falling to just two a month. The plant would continue to produce 767s, but not enough of them. “Keeping Puget Sound’s supply chain healthy (or at least in survival mode) is important,” he said.

As for Mobile, Airbus parent European Aeronautic Defence and Space Company established the plant in cooperation with Northrup Grumman
2008 as it competed with Boeing on a bid to supply aerial refueling tankers to the U.S. Air Force. Airbus failed to win the bid, but announced in 2012 that it would nevertheless build the plant.

“Having established the relationships in Alabama, (Airbus CEO) Tom Enders concluded Mobile would be a great spot for the A320 final assembly line,” Hamilton wrote in an email.

“Although this wasn’t foresight, it turned out in the Trump trade war (that) Mobile was considered a US domestic final assembly line and was exempt from the tariffs Trump put on imported Airbus aircraft,” he said.

In 2018, after Airbus bought a controlling interest in Bombardier, it announced plans to rebrand the Canadian manufacturer’s regional jet as the A220 and to assemble it in Mobile. Enraged Boeing filed a trade complaint, alleging that Bombardier was dumping the aircraft in the U.S. market, charging Delta Air Lines
a below-cost price. The complaint was dismissed in 2018.

But the battles linger. Today, it seems, Charleston is still fighting the labor movement, while Mobile is fighting Boeing.