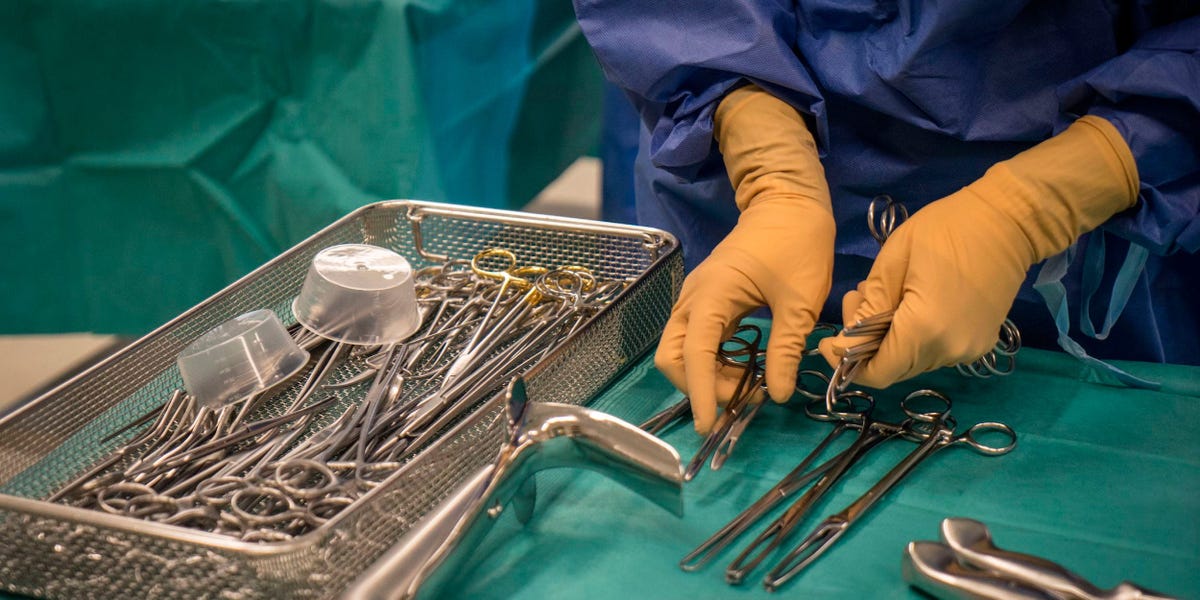 Dr. Mahendra Amin, the physician accused of performing unwanted or unnecessary gynecological procedures at an immigrant detention facility,  is not certified by the American Board of Obstetrics and Gynecology (ABOG), The Daily Beast reported.

On Monday, several immigration advocacy groups representing a whistleblower filed a complaint to the Office of the Inspector General, alleging “jarring medical neglect” and the occurrence of unwanted and unnecessary hysterectomies at the Irwin County Detention Center in Ocilla, Georgia.

In the complaint, Dawn Wooten, a licensed practical nurse who was previously employed by the center and is represented by Project South and Government Accountability Project, reported witnessing a large number of hysterectomies performed on immigrant women detained in the facility.

“Everybody he sees has a hysterectomy—just about everybody,” Wooten said of one doctor who she described as “the uterus collector.” Three lawyers cited by NBC News later identified the physician as Dr. Mahendra Amin.

Wooten also said she believed the women in the center did not “really, totally, all the way understand” what was happening to them during the procedures.

The U.S. Immigration and Customs Enforcement agency did not respond to Business Insider’s request for comment.

An attorney for Amin “vehemently” denied Wooten’s allegations in a statement to The Washington Post.

“Dr. Amin is a highly respected physician who has dedicated his adult life to treating a high-risk, underserved population in rural Georgia,” attorney Scott Grubman said in a statement to The Post. “We look forward to all of the facts coming out and are confident that, once they do, Dr. Amin will be cleared of any wrongdoing.”

A spokesperson for ABOG told The Daily Beast that its records show that Amin is not certified by the organization as an OB-GYN — and the American Board of Medical Specialties (ABMS) confirmed to Business Insider that Amin was not certified by any of its 24 member boards.

“He is NOT, N-O-T, one of our doctors. He is not certified by any of our boards. That’s all we have to say,” said Susan Morris, Associate Vice President of Communications at ABMS.

According to the organization’s website, ABOG-certified doctors must pass a qualifying written exam to demonstrate “the special knowledge and skills required for medical and surgical care of women” and pass a certifying oral exam that reviews physicians’ previous cases and tests their ability to treat different conditions.

Amin, The Daily Beast reported, has maintained an active license with the Georgia Composite Medical Board and has practiced in Douglas, Georgia for at least twenty years. In addition to working in his own private practice, he has served as the medical director for the labor and delivery department at Irwin County Hospital.

According to court records obtained by the outlet, Amin has settled lawsuits with at least two former patients or patients’ families. In one case, Amin was accused of discharging a pregnant patient when her test results showed “life-threatening abnormal lab values.” After returning to the hospital with contractions, bleeding, and high blood pressure, the suit alleges, the patient received an emergency cesarean section and died thereafter.

In a court filing, the Daily Beast reported, Amin denied any knowledge of the “abnormal” lab values.

Dr. Mehandra Amin could not be reached for comment.