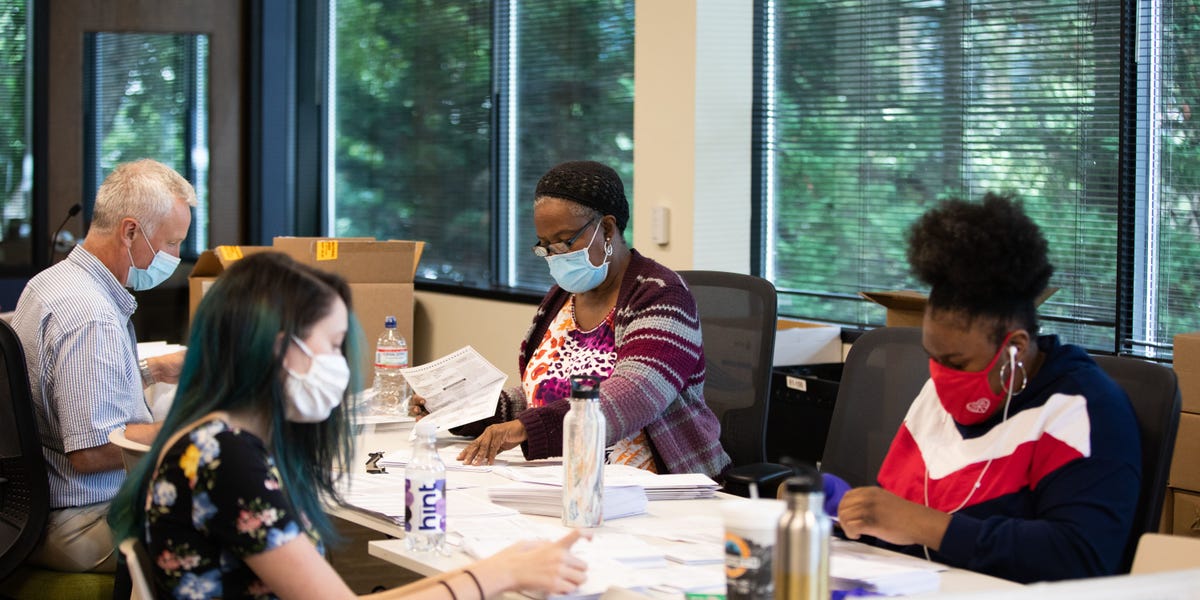 The coronavirus pandemic has upended the office sector of commercial real estate as workers have embraced remote working on a massive scale, with little certainty about when or how that will end.

But we aren’t living through the death of the office.

A report by commercial brokerage Marcus and Millichap outlines how the vast majority of companies will still need office space to operate.

The report, which analyzed the national office outlook as of  September 2020, broke down four ways office space is on track to change long-term, post the COVID-19 pandemic.

Some of these changes will mirror remote work. For example, with flexibility likely to persist over the long term, remote working will focus on individual tasks and offices will be for collaboration and group meetings, require a lot more space to spread out.

1. Flexibility will remain important and office spaces will get bigger

Per the report, office space will be reimagined as many employees and firms will continue to work at least partially from home.

In fact about 37% of workers in the US could feasibly do their work from home, per the report. In addition, according to the report, a survey of office-occupying firms found that 82% will continue to allow remote work in the future, at least some of the time.

“Interior design, access to open spaces and the ability to easily reconfigure workspaces will be top priorities going forward,” the report reads.

The feel of the office space will be less like a cubicle and more like a living room, in other words. The shift in design, per Marcus and Millichap, will call for developers to add more space, a change that follows years of offices cutting down . In fact, per the report, a decade ago the typical office was 250 square feet, now it is under 200.

2. Secondary and tertiary markets will come out on top

Expanding office space in secondary and tertiary markets was trending long before COVID-19 because of the low associated costs, according to Marcus and Millichap.

Those areas have been weathering the pandemic relatively well, per the report, with fewer vacancies than larger markets.

“While most markets in the second quarter registered softening demand, some smaller metros remained more stable. Tampa-St. Petersburg, St. Louis and Sacramento proved to be more resilient with minor increases in vacancy at midyear,” the report reads.

“The pandemic will accelerate the movement to smaller markets and suburban areas as businesses transition to a more decentralized hub-and-spoke model,” the firm predicts.

3. Demand and supply in suburban markets is expected to balance

Per the report, both suburban office space and central business district office space saw higher vacancies during the second quarter of the year.

Per the report, suburban markets have been closing the vacancy gap for years, and Marcus and Millichap sees this stability continuing.

In addition to large tech companies, areas with a large amount of startups that were unable to stay afloat during the pandemic, like San Francisco, could see higher vacancies  in the future, Marcus and Millichap predicts.