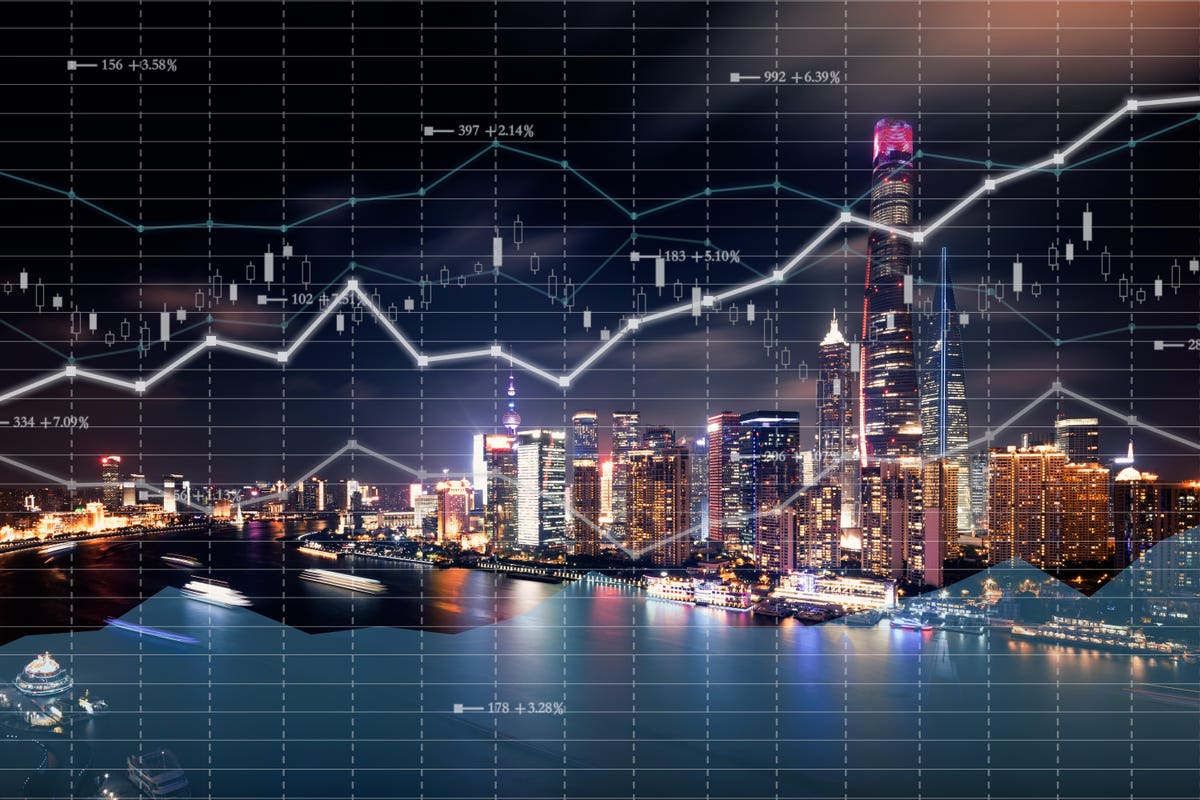 Last Monday, the S&P 500 attempted to recover from its 2.5% slide the previous week. The higher close on Tuesday helped reassure the stock market bulls ahead of Wednesday’s scheduled announcement by the Federal Open Market Committee.

The technical studies, however, did not suggest that the correction was over, and as I tweeted Wednesday, “FOMC may quash the rebound”.

The hourly chart from Advisors Perspectives shows that the S&P 500 declined on Wednesday afternoon and then gapped lower on Thursday’s open. The stock market’s attempt to stabilize on Friday was unsuccessful, but the market did close the week above the lows. There was some late selling as evidenced by the last hour volume. The S&P 500 is now only up 2.7% for the year to-date and is 7.3% below its record close.

Still, the weekly close across the major averages was mixed: while the Nasdaq 100
was down 1.4%, the S&P 500 was down just 0.6% and the Dow Jones Industrials was unchanged. The iShares Russell 2000 was up 2.8% for the week and the Dow Jones Transportation Average was also higher.

The SPDR Gold Shares managed to close up 0.4% last week and has the best year-to-date performance of my regularly featured issues, up 28.2%. This is in contrast to the Dow Jones Utility Average, which was down 0.3% last week and has declined 9.2% YTD.

Of course, the selling in the technology sector has gotten all the attention. The Invesco QQQ Trust (QQQ)
is down 9.5% so far this month, after peaking at $303.50 on September 2. The weekly chart shows that the QQQ has closed lower for the past three weeks and is now just 3.8% above the 20-week exponential moving average (EMA) at $256.72. The weekly starc- band is at $247.98, and the starc+ band was exceeded on September 2. There is more important support at $236.55 (line a), which was the high from early in 2020.

The weekly Nasdaq 100 Advance/Decline line has declined steadily from its all-time high on August 28. It is still above its weighted moving average (WMA). The daily A/D line (not shown) has been in the corrective mode since September 4 when it violated its WMA. The weekly on balance volume (OBV) did not make a new high with the QQQ as it has formed a negative (bearish) divergence (line b). A decline in the OBV below its March low would be a more negative sign.

Even though the QQQ has had a rough month, some of the largest tech stocks have declined even more. Apple, Inc
. (AAPL) is down 17.2% already in September, with Amazon.com (AMZN) losing 14.4%. Both are still above their 20-week EMAs, which often act as good support. The 20-week EMA levels are potential downside targets, as AAPL closed last week 6% above its EMA while AMZN is just 2% above its EMA.

Volume has been higher during the past three weeks and is currently near the early April highs. The relative performance (RS) has dropped back to its WMA, so the close this week may be important. The OBV has formed lower highs so far in 2020 and dropped below its WMA two weeks ago.

FDN’s relative performance has formed lower highs over the past two months and has dropped below its WMA, suggesting it is no longer leading the S&P 500. The volume has increased on the decline and the OBV never made it up to the downtrend (line c), from early in the year. A drop in the OBV below the March support (line d) would be more negative.

Though there are no technical signs of a bottom, the sentiment picture has improved since the start of the month, when the seasonal trend for the S&P 500 topped out (see chart). The NAAIM Exposure Index has dropped sharply over the past three weeks after it closed at 103, reaching the December 2019 high. It closed last week at 59 after turning up slightly.

Even more interesting is the latest survey from the American Association of Individual Investors (AAII). The week of September 10, the bullish % was 23.7%, but rose last week to 32%, also showing a pattern of higher lows. After last week’s action, it could decline to the 20% area in the next week or so, and it is updated each week for my subscribers.

As I noted eight days prior to the QQQ making its high, the “action last week reinforces my view that the risk in the stock market has increased. In the next month or so, a 5-10% correction would not be surprising, so my advice is to protect your profits and raise some cash”.

Those who followed my suggestions over the past few weeks likely took some nice profits as the market moved higher. Now that the correction has lowered some of the risks, establishing new positions is looking more attractive. I will have an update on the current risk outlook in the coming week.

In my Viper ETF Report and the Viper Hot Stocks Report, I update subscribers with market analysis twice per week, along with specific buy and sell advice. Each report is just $34.95 per month. New subscribers also receive six free trading lessons, a $49 value.