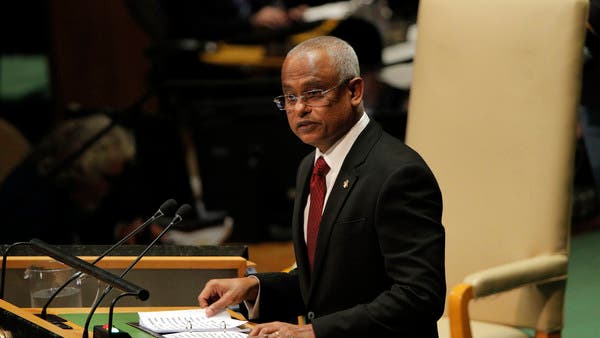 The former vice president of the Maldives has been sentenced to 20 years in prison after he pleaded guilty to money laundering and embezzlement under orders from the former president.

The Criminal Court on Monday night also fined Ahmed Adeeb $129,800. The prison sentence, which will be shortened by one year because he served time after a previous conviction on the same charges, also covered charges of corruption and possession of an unlicensed firearm.

For all the latest headlines, follow our Google News channel online or via the app.

Adeeb was a protege to former President Yameen Abdul Gayoom during the early years of his presidency between 2013 and 2018.
He had been sentenced to 33 years in prison in 2016 for several counts including masterminding a blast in a presidential speedboat in which Yameen’s wife was wounded. He was freed from all charges after Yameen lost reelection in 2018.

Under the new President Ibrahim Mohamed Solih, many cases perceived to be politically motivated were revisited.

After his release, Adeeb testified against Yameen in court saying he was party to his former boss’ corrupt dealings and did not worry about being sent to jail again. Charges were refiled, and Adeeb pleaded guilty to all charges, including money laundering, embezzlement and using his prominent position to gain undue advantage.

Yameen is serving a five-year prison term for having facilitated Adeeb to launder $1 million obtained through corrupt deals.

Maldives is a tiny archipelago nation in the Indian Ocean known for its luxury tourist resorts.