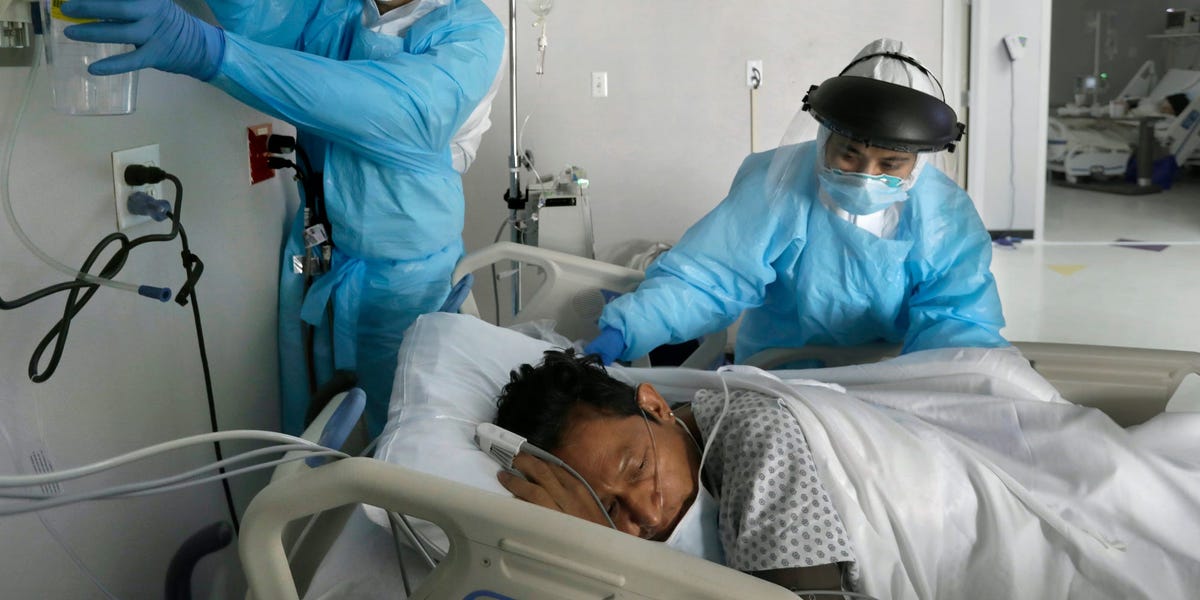 States in the Midwest and western parts of the US are seeing a surge of COVID-19 cases as the experts anticipate the start of a second wave of the pandemic.

The New York Times reported 16 states have seen more new cases in the past week compared to any other week in the pandemic.

“We went down to the lowest point lately in early September, around 30,000-35,000 new cases a day. Now we’re back up to (about) 50,000 new cases a day. And it’s going to continue to rise,” Dr. Peter Hotez, dean of the National School of Tropical Medicine at Baylor College of Medicine told CNN.

“This is the fall/winter surge that everyone was worried about. And now it’s happening. And it’s happening especially in the northern Midwest, and the Northern states are getting hit very hard — Wisconsin, Montana, the Dakotas. But it’s going to be nationally soon enough.”

The US is averaging about 50,000 COVID-19 cases a day, less than the 66,000 cases a week it was reporting when cases surged in July, however experts are still concerned the trajectory of the outbreak could mean more cases as winter approaches.

Thirty-six states are now seeing an upward trend of cases including the Northeast. Additionally, hospital beds are filling up. As of Sunday, North Dakota had just 20 staffed ICU beds available, according to state data.

Data compiled by the Covid Tracking Project shows that while in the US the test positivity rate was around 5.1% over the past week, 13 states have recorded rates above 10%.

“You’d like to see (the rates) less than 3%, optimally 1% or less,” Dr. Anthony Fauci, director of the National Institute of Allergy and Infectious Diseases, said at an event hosted by the College of American Pathologists, CNN reported.

“We’re starting to see a number of states well above that, which is often — in fact, invariably — highly predictive of a resurgence of cases, which historically we know leads to an increase in hospitalizations and then ultimately an increase in deaths,” he added.

Hospitalizations in at least 10 states have also gone up since Friday, the tracking project found. Healthcare workers previously told Business Insider that a rise in hospitalization leads to burnout among doctors and can also lead to delays in care for people coming in to be treated for conditions unrelated to COVID-19.

“The doctors and nurses and respiratory therapists are getting tired,” Dr. Sandra Till, a pulmonologist and critical care intensivist at Banner University Medical Center Phoenix told Business Insider in July when Arizona was experiencing a surge of cases.