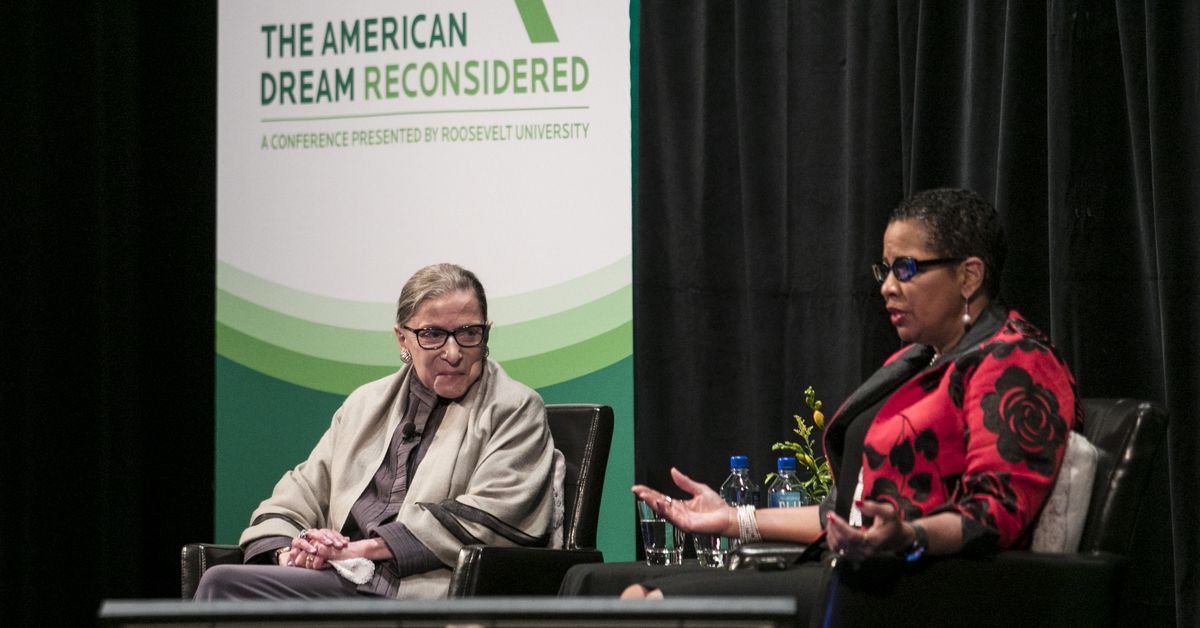 Ruth Bader Ginsburg had long been a trailblazer for women’s rights and a fixture in the U.S. Supreme Court.

But in 2016, as thousands of tickets were scooped up in a matter of minutes for the justice’s appearance at the University of Notre Dame, another title came to mind.

“She kept trying to say, ‘I’m not a rock star,’” said retired U.S. Court of Appeals Judge Ann Claire Williams. “I told her, ‘au contraire.’ The way those crowds responded to her, the way they adored her — she was as big a rock star as they come.”

Williams, who befriended Ginsburg while sitting on the bench for Chicago’s 7th Circuit Court of Appeals for nearly two decades, said the justice, who died Friday at 87, made a lasting personal impact on her with her generous spirit.

It’s an impression also shared by DePaul law professor David Franklin, who clerked for Ginsburg in 1999 and 2000.

Ginsburg stayed in touch with her former employees, Franklin said. If they sent her a picture or a wedding invitation, she would always respond with a handwritten note on a Supreme Court letterhead. He also said she gave out infant onesies that read “Grand Clerk” whenever one of her clerk’s had a child.

“She wasn’t a super conversational person,” Franklin said. “She was quiet and reserved,” but “she cared about her law clerks and she wanted to make sure they were happy.”

Williams said Ginsburg’s thoughtful letters had a big impact on her as well, especially when she “was a brand new baby judge.”

In 2001, the late justice was in the audience to hear Williams speak at a Federal Judges Association event. A few weeks later, a note from Ginsburg arrived, which Williams still holds onto.

“She wrote that she admired how I had determination and a sense of humor, but didn’t back away from the point. That letter had such an impact on me, that she took the time to tell me to carry on,” Williams said.

The two colleagues were also struck by her tireless work ethic, endless reserve of strength and a “wicked sense of humor,” despite her quiet demeanor.

“She put us [clerks] to shame even though we were 35 years younger than her,” said Franklin, who said it wasn’t uncommon to receive a voicemail from Ginsburg regarding a brief in the middle of the night.

Williams got a first-row seat for Ginsburg’s traveling show in recent years, helping organize and moderate several of her speaking engagements across the country and overseas. Still, as Ginsburg’s appearances took them from Rome to New York City, in private conversation, Ginsburg wasn’t putting on airs, her friend said.

“She was dumbfounded, stunned that people would be that excited to see her in her 80s. But she enjoyed it. It allowed her to show a side of her people wouldn’t otherwise see,” Williams said Saturday. “She never forgot her humble beginnings. She never forgot the impact of her decisions on real people. She connected to the everyday person. That’s why everyone was so devoted.”