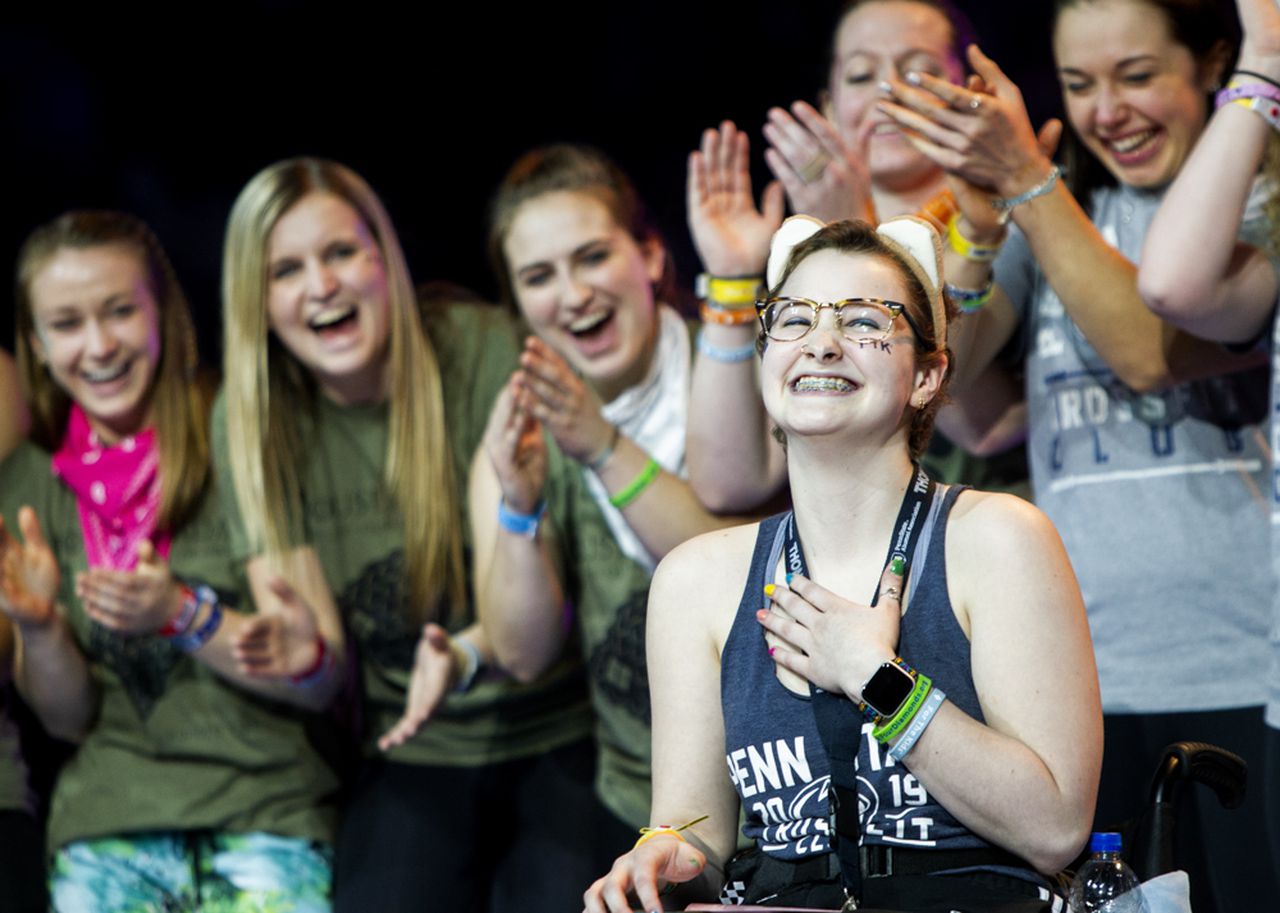 In an email, Jordan’s father Richard Jordan III shared that she died at 4:30 a.m. following a long battle against osteosarcoma, a rare form of bone cancer, and the resulting complications. She was diagnosed in July 2015 at age 13.

Over the five years she fought against the disease, Jordan regularly shared updates on her Instagram page, with both her struggles and triumphs in treatment.

Jordan lost her left leg to osteosarcoma and suffered a permanently dislocated right hip in October 2015. But not long after the amputation and six months of chemotherapy, she was raising funds with her Thon team by selling ribbons outside of her Camp Hill home.

Jordan remained active as part of the Thon fundraiser for the Four Diamonds foundation throughout her treatments, continuing to raise awareness for other pediatric cancer patients. She also began making and selling bracelets while receiving care at Penn State Hershey Medical Center, selling each one for $5 as a Four Diamonds fundraiser effort.

“She’s the most inspirational, positive person I know,” Danielle Digugiolmo, a Penn State student on Jordan’s Thon team, said in 2016.

That positivity — and the outpouring of love and support from friends, family, student volunteers and followers on social media — led to Jordan meeting with the Jonas Brothers when the band came to Hershey last year. Jordan had initially planned to attend their Hersheypark Stadium concert, but was forced to cancel due to treatments. When her Twitter post inviting the band to visit her went viral, the Jonas Brothers responded by doing just that.

“The support from social media was so incredible and I felt so loved and supported. I said, ‘even if the Jonas Brothers don’t come, it doesn’t matter. I feel so warm and snuggly knowing that all of these people are pulling for me’,” Jordan said following their visit, joking that, “of course at that point, they couldn’t really refuse.”

Jordan’s final post to her Instagram page was both honest and optimistic, ending with determination and resolve despite the challenges facing her.

“Bet I look pretty badass in this photo,” she said. “Bet I look super inspiring and strong. But that is not how I felt, or feel right now. The pst four days in the hospital, 2 emergency procedures on my pericardial sac, And now a permanent must-stay-dry noodle hanging out of my arm, I feel angry and sad and frustrated and existential and scared and overwhelmed and sad and it’s all because of this little central line.”

She added that she “promised not to shy away from” the truth of her condition or her treatment, both for her own well-being and to keep her followers informed of the very real struggle facing those with pediatric cancer.