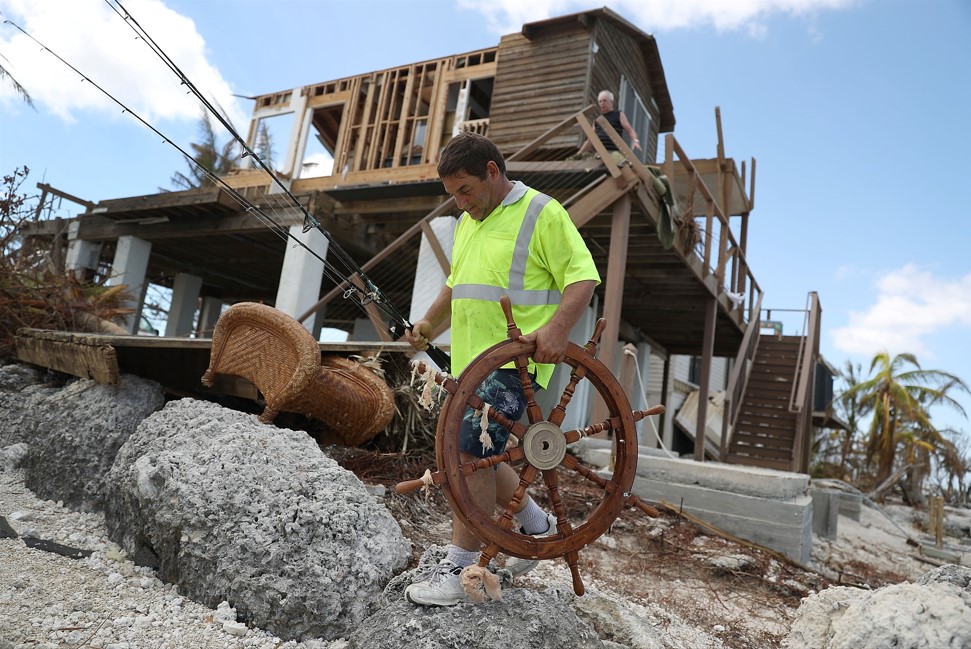 With the first named storm of the 2022 hurricane season — Alex — already leaving its mark on South Florida, the turmoil in the state’s property-insurance market continues to worsen.

Tens of thousands of Florida homeowners are scrambling to find coverage, as the insurance industry grapples with “an existential challenge,” as described by a leading financial ratings agency.

Southern Fidelity, which announced May 26 it would cancel existing policies and will not write new ones, was downgraded Friday by financial-stability ratings agency Demotech, essentially putting it out of business in Florida. The Florida Office of Insurance Regulation reported the company is trying to place at least some of its 78,000 policyholders with other insurers.

Meanwhile, FedNat, Monarch and Maison, all part of FedNet Holding Company, are cancelling 68,200 of their homeowner and renter policies on June 29, according to a consent order negotiated with the state Office of Insurance Regulation.

Industry experts say other Florida insurers may lose the credit ratings that allow them to operate here, if reinsurance companies continue to shun Florida and its frequent, expensive claims.

The news about Southern Fidelity follows a series of company failures and policy cancellations this year by a dozen Florida insurers that left tens of thousands of policyholders scrambling to find coverage ahead of and now into the hurricane season that started June 1. Many that still have coverage already pay more for it and still face hefty rate increases in the near future, unless their carrier chooses to tap into a state program providing $2 billion in taxpayer funds to tide them over.

In that case, the carrier is required to file for a rate decrease by June 30, though the new legislation creating this option does not define the decrease nor how soon it must take effect. Legislative sponsors estimated the rate increases would not be felt for 12-18 months.

Through Monday, the Office of Insurance Regulation said no company had yet made such a filing.

Ratings agency AM Best announced Friday that in its view, the new property-insurance laws adopted by the Florida Legislature in special session in late May will not reverse the downward spiral in the foreseeable future, leaving homeowners with a few, unconventional options.

“AM Best is of the view that despite property insurance reform recently enacted in Florida, property insurers will continue to face financial hardships in the near term,” the agency announced in “Best’s Commentary.”

“Given that reinsurance companies have become reluctant to take on Florida exposures, many primary carriers who depend on reinsurance still face an existential challenge.”

Paul Handerhan, president of the Florida-based Federal Association for Insurance Reform, said homeowners whose property and casualty policies have been canceled should immediately get in touch with their insurance agent of record to search for new coverage. If the agent of record cannot locate a new policy, he said, call multiple agents that may be affiliated with additional insurance carriers. (Note: Flood insurance is separate from property and casualty insurance.)

Premiums in Florida far exceed the national average and vary wildly from north to south, with Dade County homeowners paying $7,000 a year on average and those in Duval County paying less than $2,000, according to Insurify, an insurance shopping site.

“We are going into one of the more severe, active hurricane seasons,” Handerhan said, urging homeowners not to delay, as coverage is increasingly hard to find and more expensive.

If no private coverage can be secured, many homeowners will qualify for safe harbor in Citizens Property Insurance Corp., the state-run insurer of last resort.

“Citizens works like any other company, but it’s less restrictive than other carriers are,” said spokesman Michael Peltier. “We go through independent agents. Talk to the agents if you’re facing non-renewal.”

Peltier said there is plenty of room in Citizens for homeowners who have lost coverage, but not everyone qualifies.

Homes valued at no more than $1 million in Dade and Monroe counties and no more than $750,000 elsewhere in Florida may qualify as insurable under Citizens’ more lenient criteria. Disqualifiers, Peltier said, include pricier homes, homes with roofs near the end of their life expectancy, and homes for which comparable coverage is available elsewhere at lower cost than Citizens would require.

“If you qualify for underwriting, what we’re finding is, we really are the less expensive option 95 percent of the time,” Peltier said. “Don’t panic. Chances are, you can get in.”

That doesn’t mean homeowners will save money, though, because premiums through Citizens Property Insurance reflect rate increases affecting the whole industry in Florida. Peltier attributes the increases to rising costs of replacing or repairing damaged homes, increasingly severe weather, and surging growth in property values in Florida.

Enrollment in Citizens has doubled within two years, as private insurance companies failed. Peltier said Citizens had 860,000 policyholders last week and expects to grow to more than a million by year’s end, though it does “not want to be the largest” in Florida. As devised by Florida lawmakers, Citizens is designed to serve as insurer of last resort, and its financial stability relies in part on Florida taxpayers. If necessary to balance its books, Citizens can impose a 15 percent assessment on its own policyholders, and other triggers are in place that can lead to statewide assessments on other policyholders.

Florida lawmakers hope to steady the insurance industry to get homeowners back into private insurance companies and out of Citizens. But their efforts in special session last month are widely considered too little too late to stop the exodus of reinsurance companies on which primary insurance companies rely to back them up financially. The legislation also must withstand challenges in court, with two lawsuits already pending.

Peltier and Handerhan said it will take another few days to learn whether reinsurers will rush in and save the day, or, like Southern Fidelity, additional insurance companies will fail to secure reinsurance, lose their credit rating and fail. At least three companies reported they were able last week to secure the reinsurance coverage they need for 2022-23, according to trade publications such as Insurance Journal and Artemis. Those include Universal Property & Casualty, Heritage Insurance, and People’s Trust. Others had not yet disclosed their status.

Homeowners who do not qualify for Citizens can next seek coverage in “excess and surplus lines” – specialty insurance that covers risks standard carriers won’t cover.  While companies that offer such lines are regulated in their home states, the Office of Insurance Regulation deems them “non-admitted or unlicensed carriers” in Florida, exempting them from certain state benefits and often costing more than standard lines of insurance.

Should that search reach a dead end, Handerhan said, there are no good options left, meaning some homeowners would lose their homes.

“If that happens, you are really in bad shape,” he said. Homeowners with mortgages would be “force-placed” by their banks into high-cost insurance policies that would cover only the balance of the mortgage. Such arrangements often lead to foreclosures, according to Floridians for Honest Lending, a partner with the Florida Association for Insurance Reform in offering guidance to consumers.

Finally, homeowners who own their homes outright are not required to have policies and instead can self-insure, meaning they would pay for all damages out of pocket.

All Florida homeowners, insured or not, would be wise to fortify their homes with top-quality roofs and highly wind-resistant windows, doors and garages, to minimize or prevent damages from storms, Handerhan said. (Those fortifications won’t help much in the case of a fire.) Work only with local, established contractors on home-hardening projects, he advised, because it is difficult to hold non-locals accountable for shoddy or incomplete work.

The Florida Association for Insurance Reform and Floridians for Honest Lending recommend these resources to homeowners: